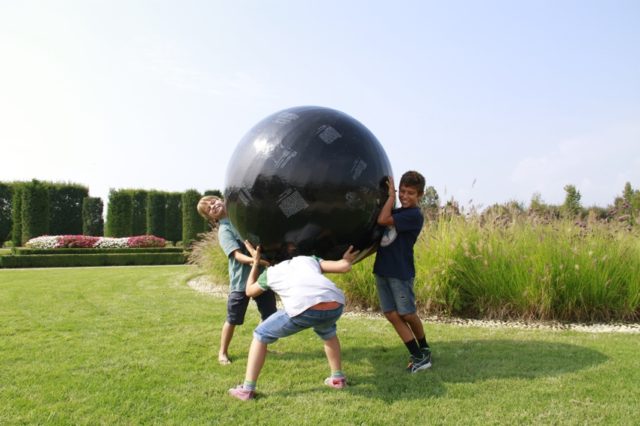 “Con Parole Tue” (In your own words) is the fist action realized by the artist Simona Da Pozzo in the frame of her Glocary art practice research project on language.

The action has been produced by Ex-voto, Association for Radical Public Culture, at the Reggia di Venaria thanks to the Writing aid by the INSITU network, in the frame of the META project. This project has been funded with support from the European Commission (DGEAC – Culture program)

Glocary is participative glossary: an archive collecting personal and original words that has been unwitting invented by people to define a emotions, situations, extremely specific acts for which there’s not an as precise dictionary equivalent. They are a frozen moment, a loop, a tactile and emotional record, a whole in the donor’s head.
Each term is the result of an interview: Simona follows users down their remembrances, experiences and perspectives, until a word is dialectically reached and defined. At that moment the word can be donated to the glossary with the prospect of sharing and promoting its use.
The adoption is a fundamental action of the project: when a Glocary word is adopted it becomes a means to tame the language. Adopted words are antennas for unpredictable complicity between unknown people.

“Con Parole Tue” is a collaborative action in the public space. The artist walks pushing a black sphere on which are Glocary words, definitions and drawings. The sphere (polystyrene, paper, paints Ø130 cm) is the transitional object allowing passers-by involvement. The exchange starts with an interview ending with the adoption or the donation of a word.