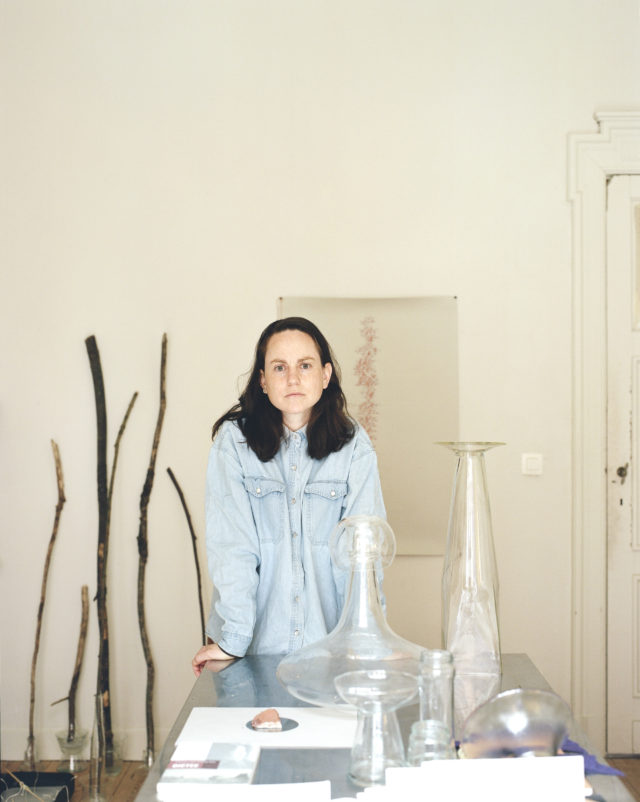 Measuring the Unmeasurable is a residency curated by SuperOtium involving artist Paz Ortúzar who, during her staying in Naples, will explore the local context and meet its art scene and inhabitants. On this occasion she will deepen her research on the theme of measurement systems, understood as an authoritarian imposition, made of irremovable infrastructures and truths, where inaccuracy becomes an action of heretical disobedience.
The exploratory activity and the moments of exchange will be the humus for an ongoing confrontation on the theme of research.

Paz: “During the last couple of years, I have been researching about the metric measurement system and the relevance that it carries as an underlying infrastructure that allows the persistence of the savage capitalism in which we are immersed.The metric system was created in Europe in the XIX century, from there it was imposed to its colonies and later, to the rest of the world. This caused the disappearance of a multiplicity of systems of measuring specific to each city or village, which were also tied to particular spiritual beliefs. Once the metric system was imposed, those beliefs were also emptied, giving absolute power to Catholicism reigning in most Western European countries. In this way, the metric system and Catholicism forced a monotheism that annihilated any kind of paganism both in science and in the spiritual realm. Considering this relationship between measurement and divinity, there is a strong connection between some of the objects, symbols, and actions performed by the Catholic religion around the consecrated communion wafer and the handling, cleaning and display of the Platinum-Iridium Kilogram Prototype, also commonly referred to as The Big K. [1] Naples was one of the cities in Europe that resisted the standardized use of the metric system, maintaining its measurements (there were many and very diverse) for many years even though Italy was one of the original countries that signed the Metric Convention. Furthermore, Naples is still one of the cities with more Catholic churches in the world. These facts make Naples a strange blend, a divergent space with a sharp tension held by these two vertical institutions. My project consists of a pilgrimage of several days visiting the most important Catholic churches in Naples. During those visits and walks, I will perform a series of simple actions weaving together some of the symbols and rites linked to both the communion wafer and The Big K.”

The residency takes place at the end of the pandemic moment in order to restore the role of the gathering as an engine of culture.

The project Measuring the Unmeasurable is part of the Espacios Ocupados Programme, an initiative that seeks to develop trajectories in different directions that serve to relate Spanish-speaking artists to contexts, cultural actors and places in the centres of the Cervantes Institute network, with the idea of bringing artistic practice and its creators closer to the citizens of the world.

Paz Ortúzar, is a Chilean interdisciplinary visual artist and researcher, with a practice in writing and translating. Her present artistic research is focused on systems of beliefs, feminism and the hegemonic standardization of knowledge in colonized territories. Through her practice she seek to apprehend and question physical, cultural, and spiritual truths. Her work is composed process-based pieces that use language, time, and found objects as raw material.
She earned a Bachelor in Fine Arts and a Certificate in Latin- American Art Aesthetics (PUC, Chile). Later on, she studied a Master in Fine Arts with an interdisciplinary focus (UPENN, USA) and an Advanced Master in Artistic Research in a Socio-Political Context (Sint Lucas Antwerp, Belgium). Her work has been exhibited internationally at venues such as Fjord Gallery, Philadelphia and The Arnold and Sheila Aronson Galleries, New York (USA); MUCHA, Mendoza (AR); FRANZ JOSEP KAI 3, Vienna (AT); Goethe Institute, Salvador (BR); Galería Gabriela Mistral in Santiago (CL) and RAAT, Antwerp (BE) among others. Additionally, she have worked collaboratively with curators, artists and collectives developing exhibitions and independent curatorial projects.